Mahler’s “Symphony of a Thousand”

Chief among the works with famous Philadelphia connections is Mahler’s Eighth Symphony—the “Symphony of a Thousand.” The Philadelphians gave the U.S. premiere of the masterpiece at the Academy of Music on March 2, 1916, with Leopold Stokowski conducting. A 28-year-old Stokowski had heard the world premiere in Munich in 1910 (describing the symphony as “a flashing insight into infinity”) and was determined to bring it to America, despite the high cost. In addition to the 110 musicians of The Philadelphia Orchestra, there were eight soloists, a children’s choir of 150, and 800 adult singers on stage for that premiere. Orchestra management, concerned that performers would outnumber the audience, need not have worried: Nine performances sold out. The Philadelphia Orchestra was launched onto the international stage.

“The Symphony of a Thousand is best known for its size, and therefore, the impressively majestic force of its first part,” says Nézet-Séguin. “But in the second part, Mahler leads us on a completely different journey, using these same forces to reach some deeply secretive corners of our souls, eventually bringing them, and every listener, to a sense of peaceful harmony.” 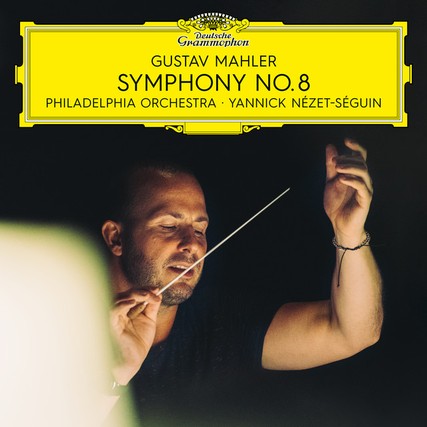 A special word for Lisette Oropesa, whose character, Mater Gloriosa, is supposed to appear out of the sky. The top tier of Verizon Hall was perfectly suitable, with her in a white gown and voice sounding, well, gloriosa.

Lisette has given 90 performances as Soprano.