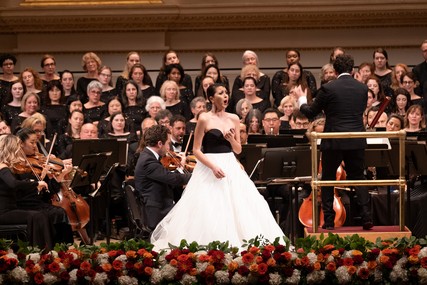 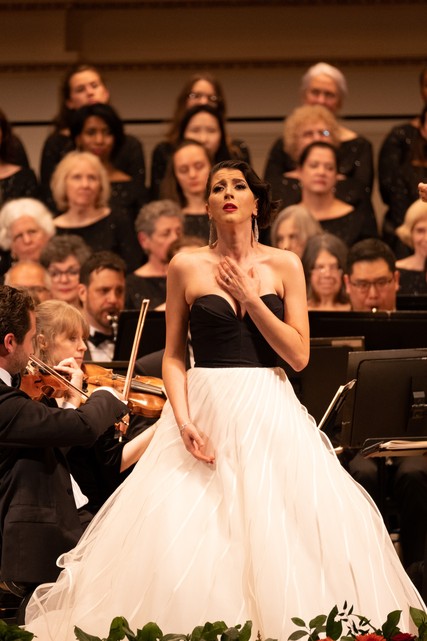 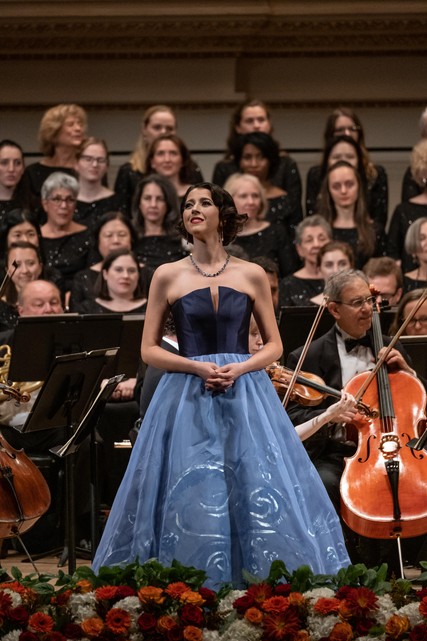 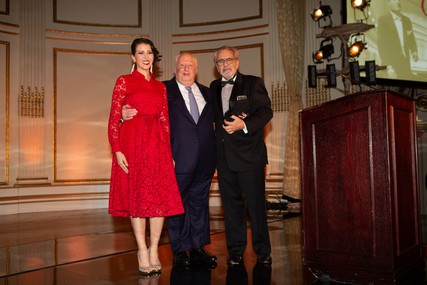 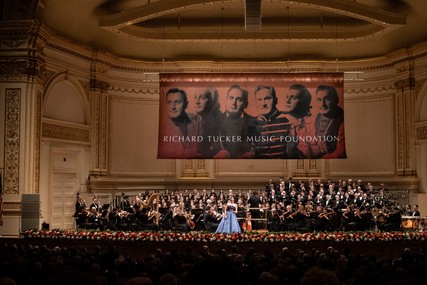 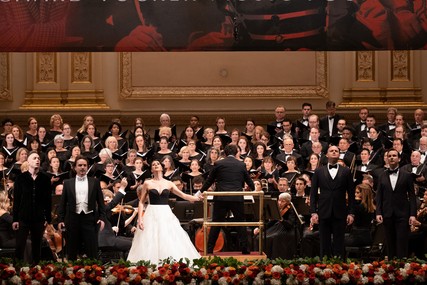 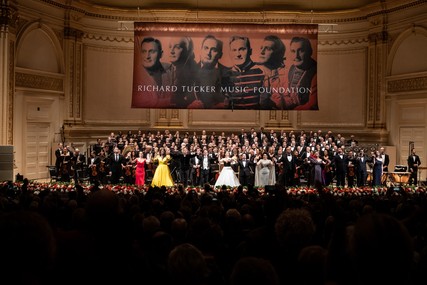 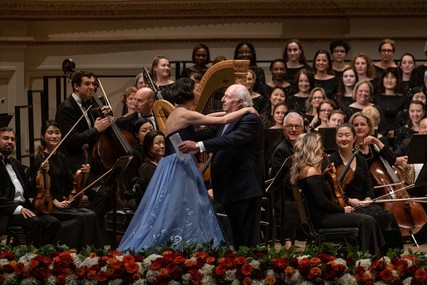 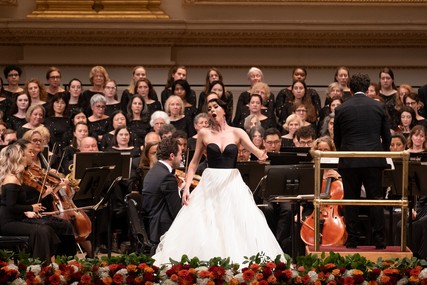 This year’s award winner was Lisette Oropesa, who just one day earlier was essaying “Manon” Live in HD at the Metropolitan Opera. Oropesa’s career has been on the rise for quite some time with the soprano conquering Europe in recent years and now doing much the same on this side of the Atlantic.

Oropesa opened the night offering an aria from Rossini’s “Tancredi.” The aria “Come dolce all’alma mia” features difficult coloratura runs and a chance to show off a soprano’s virtuosic powers and high notes. It is light and playful but it ultimately doesn’t create the impact that other Rossini arias do, particularly for an opening number of a gala. Oropesa sang the aria with delicacy and a fluid coloratura line that showed her mastery of the vocal style. But it wasn’t really the best display of Oropesa’s powers nor what she could ultimately do with her lyrical voice.

She left that for the middle of the program in her “Qui la Voce…Vien diletto” from “I Purtiani.” Here Oropesa started the opening phrase with a piano sound that continuously grew in form and shape with each repetition of “Rendetemi la speme.” The voice grew in size and in expression, showing Elvira’s increasingly agitated state. As the phrase rose to a high note so did Oropesa’s sound, and she eventually descrescendoed to a mere piano that created a haunting effect.

In the cabaletta, the soprano sang with precision and exciting tempi. One particularly exciting moment was the phrases “Vien, o caro, all’amore” as she drove the tempo forward during the roulades, creating an unpredictability and excitement that one rarely hears in this aria. During the repetition, Oropesa opted for the “less is more” philosophy with her ornaments. There were sparkling high notes and interpolations that resounded and showed off the soprano’s glittering top register. But ultimately Oropesa was holding off for the final E flat that was effective and resounded throughout the hall. One thing to take note was that Oropesa also chose to sing through the whole Cabaletta instead of doing the traditional cuts in galas; this really allowed the soprano a chance to show different shades of colors.

Her final showcase was in the sextet of “Lucia di Lammermoor.” Here the ensemble decided to perform from the beginning of the second act scene allowing the performers to showcase their acting abilities. Oropesa got to bring her chemistry with baritone Artur Rucinski, creating a tense moment as she was forced to sign a marriage contract; they were so immersed in the agitation of the moment that the pen flew out of his hands at one point. They showcased raw emotions in their actions and in the famed sextet, it was all about the passionate music. Rucinski and Oropesa’s powerful voices particularly stood out in the ensemble and her final C sharp was impeccable and a great way to cap off the evening.

Oropesa first. A noted bel canto singer – who has, by the way, also run six marathons! – she’s adept in both the long legato line and coloratura, but as her Manon showed, she’s also a lyric soprano who brings a dramatic intensity to everything she sings. Her two solos were well chosen. Amenaide’s lively Come dolce all’alma mia from Rossini’s underrated Tancredi was a gift, her flexible, open-throated, and especially open-hearted approach connecting singer with audience from the get-go. Hurling herself at the top notes with joyous abandon, it displayed the evenness of a voice that can also dip low with never a hint of ugliness. Elvira in I Puritani is a tricky role, especially launching in mid-mad scene, but Oropesa’s Qui la voce and subsequent cabaletta were stylish, fluent, and demonstrated her ease in the upper register. The Richard Tucker Award is intended to acknowledge a singer on the threshold of a major international career. Tick.

But let's start with Oropesa, who was all bel canto, all the time at the concert, showing us that the Met doesn't have to look far for an Elvira in Bellini's PURITANI or a Lucia in Donizetti's LUCIA DI LAMMERMOOR. Her shimmering "Qui la voce" from PURITANI and her part in the famed sextet from LUCIA (though it sounded more like a trio here, with three young singers no match for Oropesa, Costello and Rucinski) were memorable moments and smart choices for the soprano.

And though it's unlikely that the Met will do Rossini's TANCREDI anytime soon, Oropesa's "Come dolce all'alma mia" showed off her gilded soprano in the ingenue-ish role of Amenaide. Yet, she could be paired up very nicely with another of the evening's headliners, Jamie Barton, in the title role.