The Royal Opera Season will open with a new production of Verdi’s Rigoletto, directed by Oliver Mears, which will be his first production since becoming The Royal Opera’s Director of Opera in 2017. The new production will receive its premiere in September 2021, with Music Director Antonio Pappano conducting. Carlos Álvarez performs in the title role, alongside Lisette Oropesa and Liparit Avetisyan. 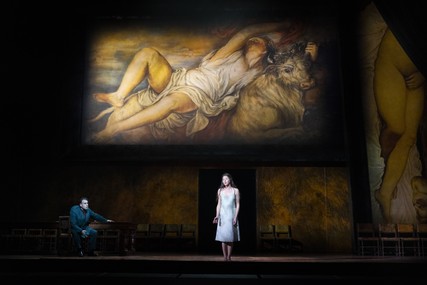 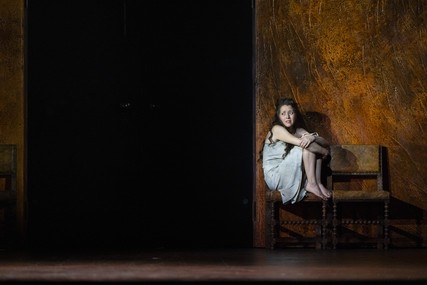 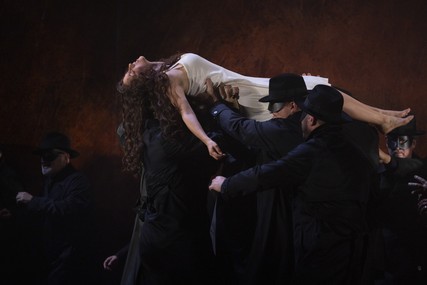 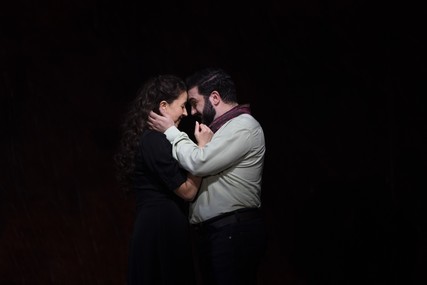 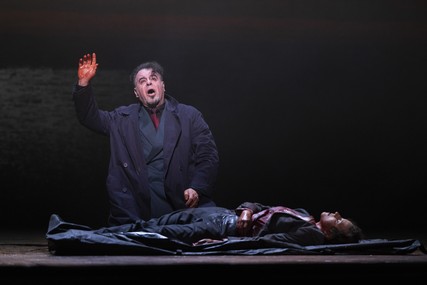 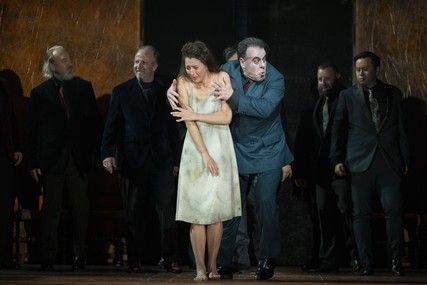 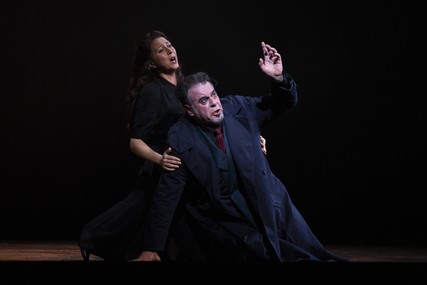 Insights into The Royal Opera's new production of Verdi's Rigoletto

Lisette is interviewed in the Daily Telegraph

Lisette is interviewed by the Daily Telegraph

Both Álvarez and Oropesa are great actors. Oropesa also happens to be the finest lyric coloratura in the world today. Her soprano is quite dark lower down – hers is no tweetie-pie Gilda – and “Caro nome” revealed rock solid technique including an excellent trill. She narrowed her voice daringly fine at the top, but just within the bounds of control.

There is no doubt where the vocal triumph of the evening lies. This is Lisette’s Oropesa’s first Gilda on a British stage: girlish and unaffected, it is a wonderfully complete piece of singing, her “Caro nome” precise and emotional in every detail.

Oropesa makes a matchless Gilda, singing with an extraordinary beauty of tone and understated depth of feeling: this really is one of the truly great performances.

Cuban-American soprano Lisette Oropesa’s Gilda has a fullness of tone which simply grows in beauty as she duets with the Duke, then launches into her ecstatic reverie, ‘Caro nome’.

Lisette Oropesa has all Gilda’s notes at her command and manages the tricky task of conveying her character’s almost terrifying innocence.

Lisette Oropesa is simply the most believable Gilda I have seen; not the most voluptuous voice, but used to devastatingly expressive effect. Her mixture of fragility and self-sacrifice, transferred from one controlling monster to another, is heart-rending.

Charismatic, though, he isn’t. Lisette Oropesa doesn’t have a huge amount to go on as the silly girl who loves her rapist to the end, but her lyric soprano – fuller than usual in this role – is engaged in a fascinatingly different “Caro nome” from the coloratura.

In her celebrated aria Caro nome, Lisette Oropesa succeeds in showing us both the virtuous flower and, with a flash of bare legs and an innocent roll on her bed, the sensual attraction she feels for the duplicitous duke. The extravagant ornamentation of the aria is delivered superbly, complete with real trill, yet with delicacy and subtlety.

Lisette Oropesa gave Gilda everything: she was warm voiced with her father, later steely determined, and ultimately fragile as she implores Him in Heaven for guidance, showing us the real Gilda.

Let’s start from the one absolute stellar contribution: that of Lisette Oropesa. After she cancelled singing Elvira (I puritani) in Gstaad recently, one did wonder if she would (a) show and (b) be at her best. Show she did, and this was the best Gilda I, for one, have heard. Her voice is beautifully pure and agile yet has a fullness that carries right to the back of the theatre. Her ‘Caro nome’ was a showstopper; she has an innocence, and yet we feel that underneath that is a knowing which is powerful.

Oropesa communicates both Gilda’s youthful sensuality – as she reclines on her bed, stroking her legs as she dreams of her beloved ‘Gualtier Maldè’, it’s clear that she’s not as innocent as her father thinks – and traumatised disillusionment.  Oropesa is simply superb: ‘Caro nome’ was beautifully ornamented and bravely, brilliantly executed.  The coloratura soprano absolutely deserved her thunderous ovation.

Lisette Oropesa as Gilda was simply glorious, perhaps the finest coloratura soprano in the world today.

Lisetta Oropesa remains one of the leading lyric coloraturas working today. There is richness and oaky color in her lower register – redolent of Callas – which gives the character a power and gravitas that twittering glittering approaches rule out. Her “Caro nome” received a thunderous reception, and most of the passagework and high notes shone – particularly that trill

Oropesa gets to the heart of Gilda's tragedy - that in protecting her, her father left her open to the first man to pay her any attention. Should he have trusted his intelligent and beautiful daughter to swim with the sharks in the palace? The time had to come, but "Tomorrow" is often the easiest answer for any parent when a child must be sent out into a hostile and risky world. Oropesa's huge reception at the curtain underlined how emotional was her connection to the audience and how magnificently she sang the role.

As Gilda, the American soprano Lisette Oropesa, one of today’s star coloraturas, is the most vocally convincing of the central trio with her needlepoint accuracy and penetrating high notes, easily riding the orchestral tumult of the climactic Storm trio.

t is, however, Lisette Oropesa, with her beautifully toned sound, who stands as the first among equals as she presents a Gilda who is totally overwhelmed by her delusion that the Duke really loves her.

Lisette Oropesa is without a doubt the highlight of the cast. She is a never cloying and very credible Guild in communicating fragile curiosity, palpitating and naive love, violated innocence and unconditional sacrifice for the love of the father. Highlights are her "Caro nome" where the trills (which almost become one with her tight and so peculiar vibrato) truly capture the beating of Gilda's heart, "Tutte le feste" from the lyrical and vulnerable abandonment and the final duet with Rigoletto “Lassù in cielo”, very moving. One would have expected a much smaller live voice, especially in a large room like Covent Garden, but was pleasantly surprised. Despite some thinning in high notes, the voice is very well projected and perfectly audible in all moments of the ensemble, without ever being covered by the orchestra and colleagues. Oropesa takes care of the legato well and has a taste for phrasing, which is never boring.

It is next to impossible to imagine a more affecting Gilda than Oropesa. The stylishness, sweetness, tenderness, flexibility and expressivity of her singing is breathtaking

But the vocal sensation of the evening was undoubtedly the Gilda of the American soprano Lisette Oropesa. Her lyrical coloratura soprano sounded that evening with such impeccable purity and lived passion that the pampered Covent Garden audience was swept away to true storms of applause. She is perhaps the best Gilda I have ever admired worldwide.

Lisette has given 60 performances as Gilda.