The October 26th performance will be broadcast LIVE IN HD in cinemas worldwide.

MANON will also bebroadcast on Great Performancesat the MET on PBS, January 5th, 2020

Production a gift of The Sybil B. Harrington Endowment Fund 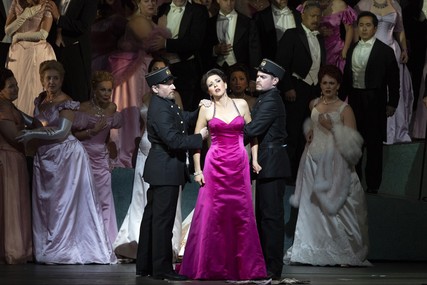 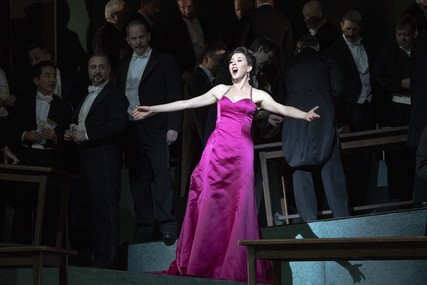 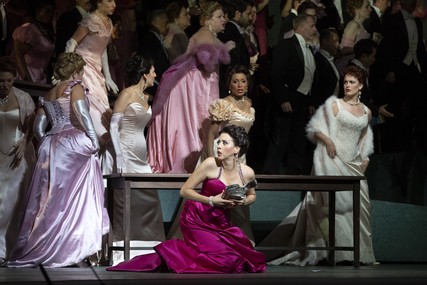 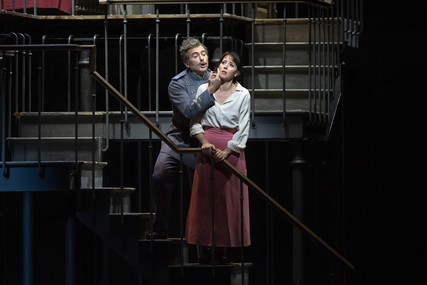 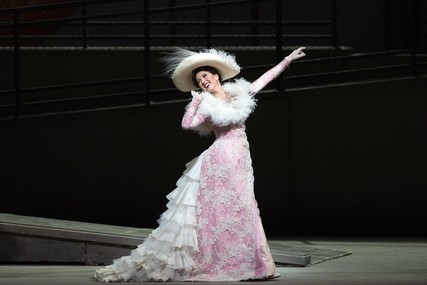 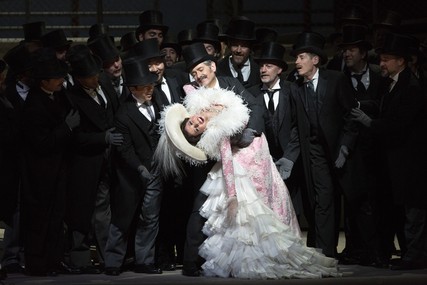 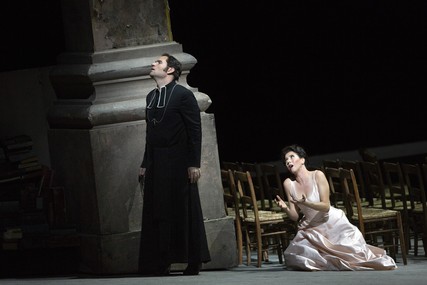 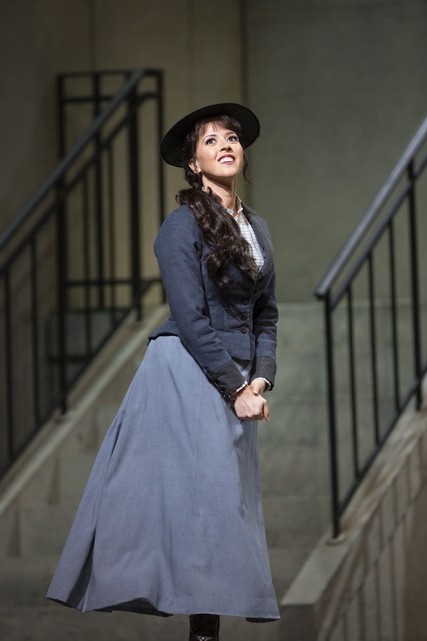 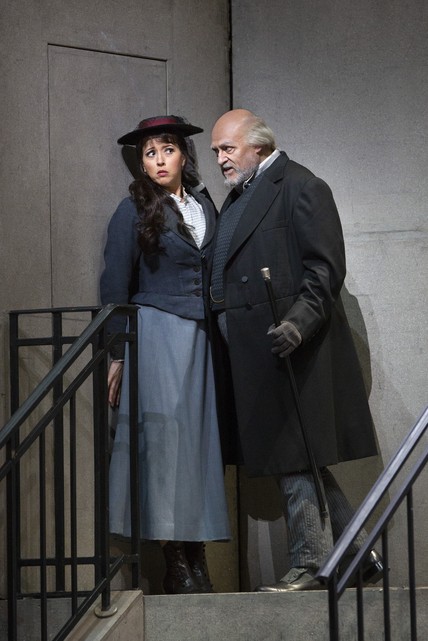 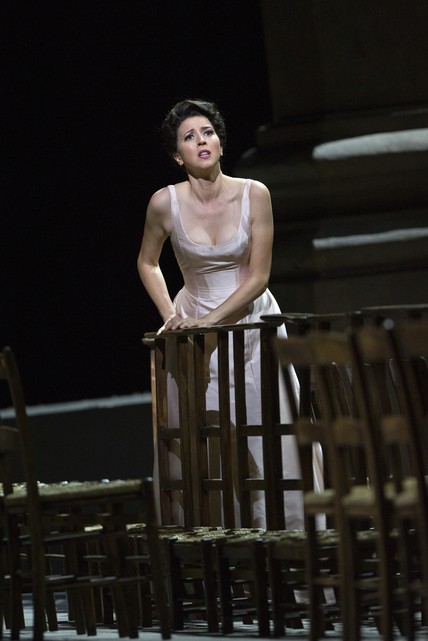 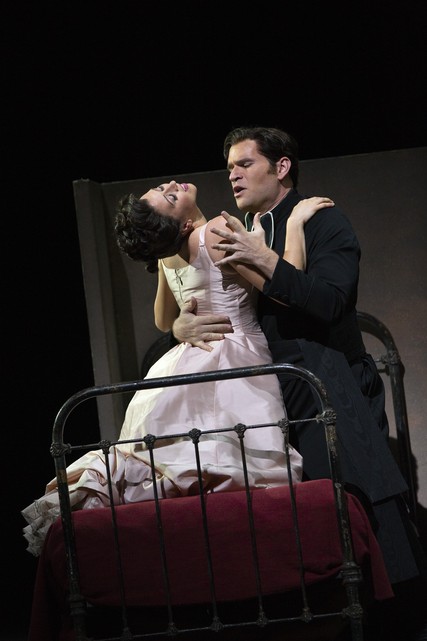 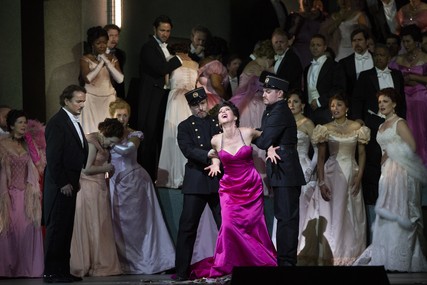 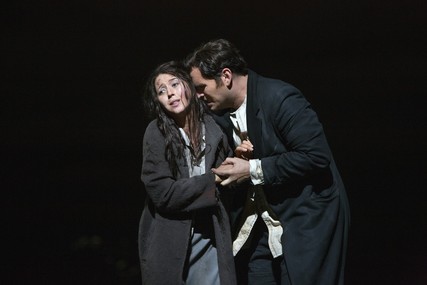 Lisette is interviewed on Living the Classical Life

Lisette presented this year's MONC finals and contributed to the first increase in prize money since 1998.

Lisette is interviewed in The Opera Queen

Lisette is interviewed in the Associated Press

Lisette is interviewed by the Metropolitan Opera

Learning and memorizing a new role.

Lisette gives her tips on learning and memorizing a new role for opera singers.

Lisette Oropesa is the winner of the 2019 Beverly Sills Award

Lisette Oropesa gave a performance as Manon that confirmed she is fully ready for leading roles at the Met. Her voice has grown in size and color since the days when she primarily appeared in soubrette parts: she has developed into a formidable lyric soprano, her voice filling out into a luscious instrument without losing any of its flexibility or tartness.

Moreover, Oropesa proved to be the rare soprano who can be entirely convincing in both sides of a complex role. In the first two acts she approached the role with a lovely, bright innocence, charming with a rendition of “Je suis encore tout étourdie” that combined spacious phrasing and breathless excitement, then channeling quiet but intense sadness in “Adieu, notre petite table.”

Speaking of Lisette Oropesa, she had a major success in her first Met “Manon.” The title role is a mammoth undertaking and has proven a touchstone role for many famed divas of the past. Moreover, Pelly’s production requires a singer who can also dominate as an actress, navigating the complex world that the director created for the opera and character.

There is no denying Oropesa’s vocal purity and assurance and she wove an elegant legato line throughout “Je suis encore tout étourdie,” with the high A naturals at the apex of main melody statement gleaming. It was one of the few times where the speedier tempi worked well with Oropesa’s fierce coloratura, the unpronounced rallentandoes, and even the breezy take on the sixteenth note descents on “Pardonez à mon bavardage” allowing for a portrayal of Manon as a hurricane of energy ready to be unleashed.

Lisette Oropesa's performance in Massenet's opera at the Met is alone worth the price of admission.

Ms. Oropesa slips into the title role as if it were custom couture. In her first aria, “Je suis encore tout étourdie,” sung with enunciation so clear it could be transcribed, she has an innocent lightness that gives way to intoxicating joy as it becomes apparent that Manon is already too grand for her humble packaging at the start: slight frame; childish hat and ponytail; plain outfit in muted blues.

As the opera continues — with Massenet’s effervescent and eclectic score, eager to please and utterly pleasing under the baton of Maurizio Benini — Ms. Oropesa’s musicality becomes even more layered.

It can be easy to play Manon as a ruthless femme fatale, for example, as she becomes the toast of Paris, and Ms. Oropesa was suddenly big-voiced, glamorously tossing off high notes with insouciant sprezzatura. But hear also how she shrinks her sound to a stark mournfulness in “Adieu, notre petite table,” pained yet chilly as she prepares to leave des Grieux for another man’s luxury.

Lisette Oropesa, making her role debut as Manon, sang with an elegance and style that was perfect for a heroine with little control over her fate. Her French diction was incisive and clear, and her high notes soared into a long and sustained arc. As much as she thrilled with her beautiful singing.

Lisette Oropesa, where have you been all my life?

Of course, I've heard her before--she's appeared 100 times or so at the Met so one could hardly miss her--but never in a showpiece like the title role of Jules Massenet's MANON, opposite tenor Michael Fabiano's Chevalier des Grieux, on the second night of the Met's new season.

As Manon, Oropesa showed off her voice's clear, clean, pretty top...but make no mistake: She is not simply a songbird. The voice has some heft to it (ok, she's no Brunnhilde in the making). And she's also a fine actress: Oropesa is about the only one I've heard as Manon (or its step-sister, MANON LESCAUT by Puccini), who could pull off the girlish 16-year-old of Acts I & II and not seem frumpy or ridiculous. When librettists Meilhac and Gille say "no voice could be sweeter...no face more enchanting," they could have had Oropesa as their model.

In the famed Cours-la-Reine scene that starts Act III--staged something like Cecil Beaton's Ascot Gavotte in the original MY FAIR LADY--it's interesting to see the change in Oropesa's demeanor: there isn't much. Usually, the Manons I've seen have become grand dames by this point--I particularly recall the portrayals of Beverly Sills and Anna Netrebko--but in Oropesa's account, she is still the teenager at heart with an eye on pleasure, but despite the fancy clothes, it's like she's wearing her older sister's gown.

This seems more in character in a story that appears to unfold over very few years, even though, by Act III, the girl can wrap any man she wants around her finger, with Oropesa singing gorgeously about the joys of love and wealth in "Obeissons quand leur voix appelle." Oropesa is a pleasure to hear and see, even when she expires at the end of Act V on a road that looks like a stretch of an LA freeway. (This Manon never gets to America, to expire in the desert of Louisiana as in MANON LESCAUT.)

Still, the performers made this Wednesday evening something special. All the principal singers were, as of the previous week, new to their roles at the Met; and for Lisette Oropesa, as the lovably fallible heroine, it was an actual role debut. I’d never have guessed it from the performance she gave: vocally and dramatically Manon fit her like a perfectly tailored Parisian glove, full of lovely detail but never fussily so. The voice, with its seductive silvery glimmer, has enough colour to give it texture and depth and enough power to make Massenet’s musical points without straining. It’s been gratifying to see Oropesa, so long underappreciated at what for years was her home house, being given her local due: both as the dual winner of this year’s Richard Tucker Award and the Met’s Beverly Sills Award, and in her twin starring roles this season at the Met (Violetta in La traviata awaits her in February). As slow as Peter Gelb has been—again!—to recognize what’s right under his nose, it’s a pleasure to welcome this very special singer back to New York. She’s the finest Manon I’ve heard since the glory days of Beverly Sills.

Most importantly, the chemistry between singers lit a match that didn’t burn out until standing ovations were long over. Arias stood out just enough to punctuate the narrative with moments of reflection. Most notably, Oropesa sang Act II’s famous ‘Goodbye, our little table’ with a mix of determination, nostalgia, innocence — and guilt. Each duet sung by Oropesa and Fabiano blended with a texture that perfectly matched the story’s momentum. As innocent lovers, they sang a youthful, touching love duet in their stolen-away Left Bank studio (complete with slanted roof). By Act IV, they have reunited — in Grieux’s priestly quarters, and both tainted by the ravages of modern life — for the St. Sulpice duet, arguably the highlight of the night. Even more than in Act II, Oropesa and Fabiano pulled out sustained and powerful phrases, evoking a no-longer innocent but highly complex love. Both singers captured intimacy so mature and raw that audience members were transformed into voyeurs, as the two characters fell into an embrace on a bed.

Manon is her finest role to date, her clear, flexible soprano perfectly suited to Massenet’s blend of text-driven lyricism with the occasional burst of coloratura. From her breathless first entry full of wide-eyed charm to her final desperate gasp in the middle of Thomas’s endless highway to hell, she charts a clear path that ensures our engagement even as we vacillate between sympathy and condemnation. Each of her arias is a carefully contrasted gem, from the ditzy chit of Act I’s Je suis encore tout étourdie, to the double whammy of her Act III showpiece Je marche sur tous les Chemins with its following coloratura gavotte. By contrast, her famous Adieu, notre petite table is simple, yet profound.

It was the towering performance of Lisette Oropesa as Manon [last seen in Meyerbeer's Les Huguenots at the Paris Opera, see Robert's review] though that swept all before. It’s a rare thing to vocally and physically convince us of this story’s verisimilitude – and on a screen the size of a house there’s nowhere to hide. So totally did she embody her character that she had me from the get-go. Just one look into those sweet wilful impish eyes was enough. Nothing about her interpretation seemed to have been left to chance. Every thought and move seemed connected to the next. A performance of supreme self-control and insight. Every finessed and exquisite phrase pushed her inexorably towards her fate. A ravishing and heart-rending evening.

The role almost seems to have been written just for Lisette Oropesa, whose performance combined overwhelming charisma and movie star looks.Her flexible light soprano has the fluttering sound of another era, familiar now mostly from old wax recordings.She has a perfect trill.The role of Des Grieux was sung by Michael Fabiano, a fascinating American tenor with a resonant voice, good looks and dramatic intensity.Conductor Maurizio Benini's pacing was a bit too spacious for me, but he drew elegant sounds from the orchestra.

Lisette has given 7 performances as Manon Lescaut.