I hope you had a warm Holiday season and a Happy New Year. I was lucky enough to be able to spend Christmas and New Year’s with my family and it was such a treat. We are almost never free this time of year. But here we are, refreshed and ready to begin a bright new year with lots of promise.

The first production I’m working on is HAMLET, in Lausanne, Switzerland, where I make my debut as Ophélie. It’s an exciting role, with a mad scene as well as a more lyric aria. It’s a good stepping stone to other French rep I’d like to explore.

After that, in Washington DC this March, I am thrilled to be performing a full recital with pianist Vlad Iftinca. This will be a program of music that is all new to me and in several languages and styles: Haydn, Schubert, Mendelssohn, Barber, Obradors, and Poulenc.

In late March I give 3 performances of Konstanze at the Bayerische Staatsoper in Munich. I always love singing this role again. It keeps me on my toes!

The passion of the French romantics for everything Shakespeare is well known, even when adapted to the tastes of the 19th century. When Ambroise Thomas takes a hold of the subject, Hamlet and Ophelia's love and Polonius' betrayal, become the driving force of a plot where musical brio and sensuality lead to one of the most beautiful love duets in French opera.

A Louisiana native of Cuban descent, lyric coloratura soprano Lisette Oropesa has already won a loyal following of admirers in New York through Met appearances in Rigoletto, Le nozze di Figaro, and Falstaff (the latter also shown worldwide in movie theaters via a “Met Live in HD” simulcast), and has made exciting debuts in recent seasons at Munich’s Bavarian State Opera, Geneva’s Grand Théâtre, and San Francisco Opera. Her New York solo debut in January of 2016 at the Park Avenue Armory drew a packed house and vociferous ovations. Program to include selections by Haydn, Mendelssohn, Schubert, Obradors, and Poulenc.

March 11
Theatre of the Arts at the University of DC
Washington, DC

A European woman in the hands of Muslim fundamentalists. A western rescue mission goes awry. Execution by the special unit is a foregone conclusion. But: vengeance is nothing - forgiveness everything! Unfortunately only a very few have the greatness of heart to exercise it. Mozart's contribution to the clash of civilizations and a not-to-be-underestimated comedy for music. 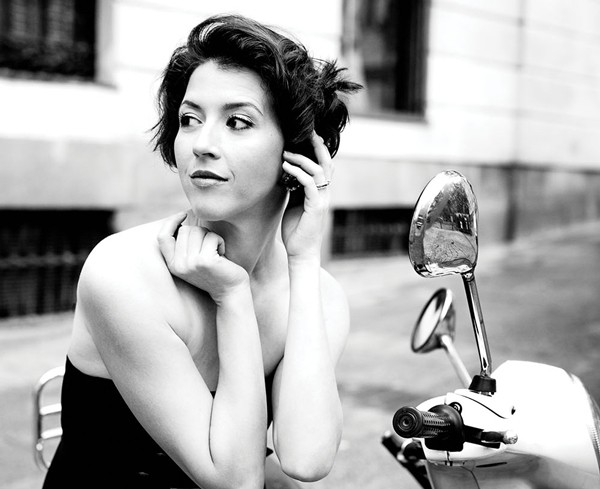 Lisette Oropesa has been featured in the November issue of Opera News magazine.

LISETTE OROPESA has an impeccable trill—once a mainstay among sopranos and now a rarity. “My mom could trill, and we’d sit around the piano,” says Oropesa. “I’d imitate her. The big thing is a loose larynx.

4 Questions with The Daughter of the Regiment’s Lisette Oropesa

I was recently interviewed by the Kennedy Center in Washington, DC for my upcoming role as Marie in La fille du regiment with Washington National Opera. Here is a sample of some of the questions below:

WHAT DO YOU FIND MOST COMPELLING AND/OR CHALLENGING ABOUT SINGING IN FRENCH?
I absolutely love the French language both to speak and sing in. There are almost three times as many vowel sounds in French as there are in Italian, because of all the nasal, open, and closed sounds. So you get a lot of opportunities to color the voice within the text. As a singer it is like a massage!

All of the things I love about her singing were in abounding evidence tonight: the distinctive colour, the mastery of dynamics, the magical turns of phrase, the imaginative way with words. In three Mendelssohn songs - "WANDERLIED", "ON THE WINGS OF SONG" and "SULEIKA" - Lisette cast a spell over the hall, and Mr. Kalish was a most valuable fellow sorcerer. — Oberon • Oberon's Grove

Oropesa’s second act aria Par le rang et par l’opulence was one of the many high points of her performance. That aria, whose descending melodies seem to foreshadow later masterpieces of Giuseppe Verdi, the younger composer whom Donizetti mentored, was performed with exquisite sensibility and style. — William Burnett • Opera Warhorses

The role of Marie was sung by Baton Rouge soprano Lisette Oropesa on opening night, and she was perfect in this role so closely associated with Beverly Sills and Dame Joan Sutherland. She sang flawless runs and coloratura, acted in the humorous tradition of Carol Burnett, moved like a prima ballerina, and used vocal coloring for best emotional effect. Her pianissimo, crescendo and decrescendo were breathtaking. Clearly, Oropesa is a rising star of opera. — Arnold Saltzman • Washington Jewish Week 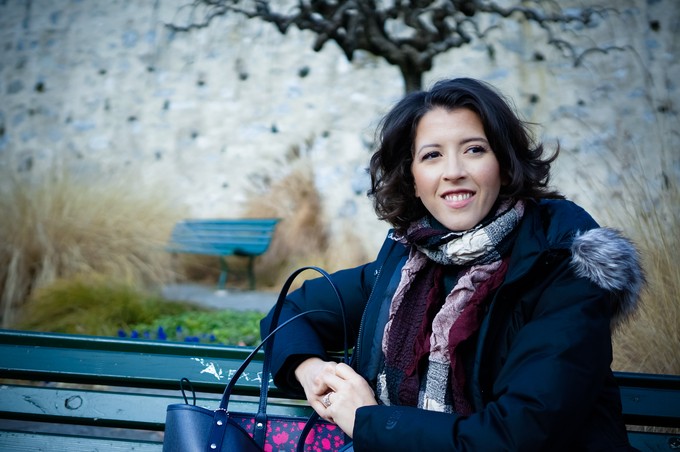 We don’t normally associate winter with renewal, more often it is a time of closure, hibernation, and conservation of energy for a renewed burst in the spring. This season always makes me reflect on what I can do better, both as a singer and human being.

I love the time of year when the trees are stripped bare, the skies are gray, and the rain is white snow. To me, this is a season of otherworldliness, a time to dig deep into my being. Maybe singing in Hamlet is making me feel this way, or running in 30 degrees, I don’t know. But winter makes me ask different questions and find new ways to answer them.

What has passed is over, finished. It is a stark reminder that time does not stop, and that no matter how dark it gets, there is the promise of a bright future of color.