Theodora , his penultimate oratorio, brought out George Frideric Handel on March 16, 1750 at the Theater Royal in Covent Garden. It was a failure and the influx of Londoners was accordingly manageable. When Handel learned that a gentleman wanted to buy up all the boxes for the third performance, he is reported to have said: “Then he's a fool. The Jews will not come (like to Judas [Maccabaeus ]) because it is a Christian story, and the ladies will not come because it is a virtuous one. ”At least that is what Handel's closest colleague Thomas Morell narrated. He also wrote the libretto for Theodora based on Robert Boyle's The Martyrdom of Theodora and of Didymus and Pierre Corneilles Thédodore, vierge et martyre.

The result is a clearly dramatic work with a stringent plot: In Antioch around the year 304, the Roman governor Valens orders that sacrifices be made to the god Jupiter. The world renouncing Christian Theodora finds herself unable to obey this command because of her faith. Valens sentenced her to forced prostitution in a temple of joy. The officer Didymus, who is in love with Theodora, confesses to his friend Septimus that he was converted to Christianity by Theodora and that he loves her. Theodora has meanwhile been transferred to a prison where Didymus is allowed to visit her. He wants to help her escape, and with a heavy heart she agrees. However, a change of clothes made for this is quickly discovered. Valens has no sympathy for Theodora and Didymus - after both assure them,Alongside the popular Messiah (1742) and the early work La Resurrezione (1708), Theodora is Handel's third oratorio with Christian content; Early Christianity is contrasted with the Roman belief in gods against the backdrop of what is probably the most brutal persecution of Christians under Emperor Diocletian. Despite the repression, the lovers remain steadfast and die a martyr's death.

As before, Handel also processed musical material from other composers, which he developed into expressive arias and choirs in Theodora. Handel himself considered it his most important composition. 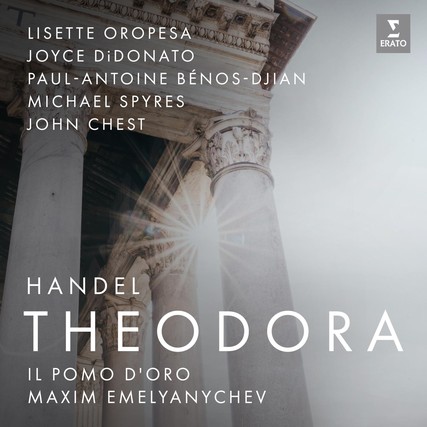 Lisette has given 5 performances as Theodora.