Verdi’s brilliant final masterpiece Falstaff has its first new Met production in nearly 50 years, conducted by James Levine and directed by Robert Carsen. Ambrogio Maestri sings the iconic basso buffo role of Sir John Falstaff, the boorish, blustery character originally seen in Shakespeare’s Henry IV and Merry Wives of Windsor. Angela Meade is Alice Ford, one of many objects of Falstaff’s affection, and Stephanie Blythe is the sharp-tongued Mistress Quickly in a cast that also includes Lisette Oropesa as Nannetta, Jennifer Johnson Cano as Meg Page, Paolo Fanale in his Met debut as Fenton, and Franco Vassallo as Ford. The International Herald Tribune praised Carsen’s staging, first seen at the Royal Opera, Covent Garden, as a “production of eye-catching ingenuity.” 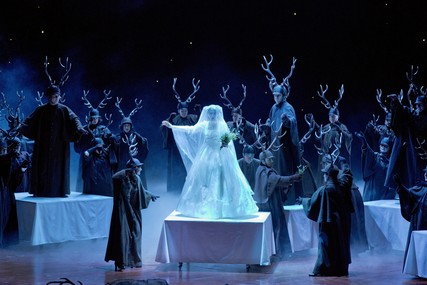 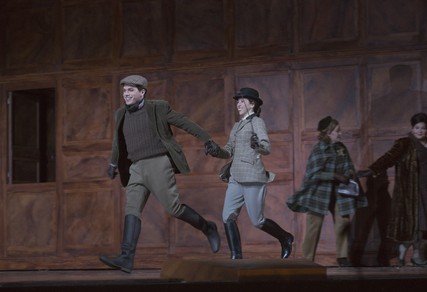 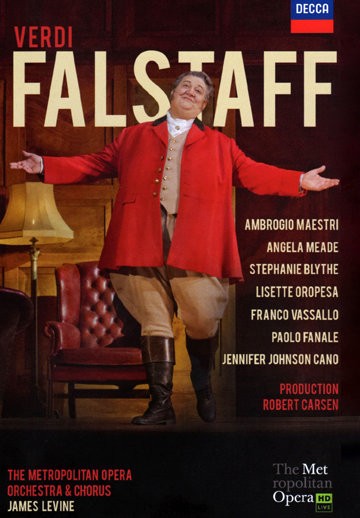 You can now own the DVD and Blu-Ray video of Falstaff that was recorded on December 14th, 2013!

Falstaff comes to Great Performances at the Met on PBS

U.S Encore of Falstaff at the Metropolitan Opera

Recently, I spoke with St. John Flynn at Classical 91.7 Houston about Falstaff at The Metropolitan Opera.

David Salazar from the The Latinos Post recently interviewed me for the upcoming Falstaff at the Metropolitan Opera.

What Becomes a Diva Most?

Ms. Oropesa fluffed the veil with her hands and allowed the diaphanous material to settle like a mist around her face.

Behind the scenes, rehearsal footage of Falstaff at the Metropolitan Opera

The Metropolitan Opera went behind the scenes today during the HD broadcast of Tosca to bring some footage of us rehearsing Falstaff! Lucky

Nanetta’s music is a gift to any light soprano, and the Met has fortunately cast Lisette Oropesa, possibly the best singer they have in this Fach. She sang “Sul fil d'un soffio etesio” with beautifully light, clear, crystalline tone, and her high notes hang in the air forever.

...the wonderfully silky, bell-like soprano of Lisette Oropesa, whose Nanetta charmed without cloying. Her sustained high notes during “Sul fil d’un soffio” were as magical as one could hope for.

By the end of their scene in the first act, she delivered an ethereal sustained high A-flat that was sung almost pianissimo and emphasized the purity of Nannetta's love for Fenton. She sang with utmost delicacy throughout the "Sul fil d'un soffio etesio," her voice reaching a breathtaking climax on a sustained high-A on the phrase "Carmi e malie" that included the most subtle of swells in the middle of the note.

Lisette Oropesa played Nannetta as an adorable young teenybopper, comfortable at home in pedal pushers, while poised and pert in public, and spinning sustained high notes with gossamer beauty.

The vocal highlight of the evening was - as expected - Lisette Oropesa's spun-moonlight rendering of Nannetta's enchanting aria "Sul fin d'un soffio etesio" where the soprano was lovingly supported by the conductor.

As Nannetta, Lisette Oropesa, looking like the young Debbie Reynolds in a ponytail, is a charmer. Her rendition of “Sul fil d’un soffio” was one of the evening’s highlights.

Lisette has given 25 performances as Nannetta.