Washington National Opera (WNO) continues its 2016-2017 season with a new production of Gaetano Donizetti's mashup of slapstick comedy and charming romance-The Daughter of the Regiment, November 12-20, 2016, in the Kennedy Center Opera House. The cast is led by superstar tenor Lawrence Brownlee as the hero Tonio and fast-rising soprano Lisette Oropesa, who starred as Susanna earlier this season in WNO's The Marriage of Figaro, as Marie. While the opera is best known for the vocal acrobatics required of its singers, the high-comedy antics of the non-singing role of The Duchess of Krakenthorp often steal the show. On opening night, November 12, 2016, the role of The Duchess will be performed by U.S. Supreme Court Justice Ruth Bader Ginsburg in her official Washington National Opera stage debut. The brand-new WNO production is directed by acclaimed Broadway director and choreographer Robert Longbottom, and the WNO Orchestra is led by rising conductor Christopher Allen, both in their WNO debuts. 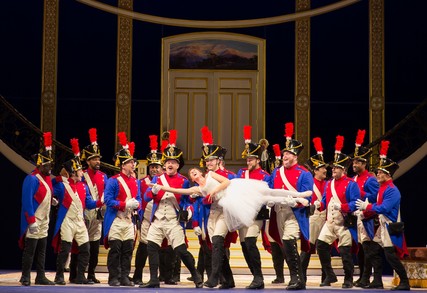 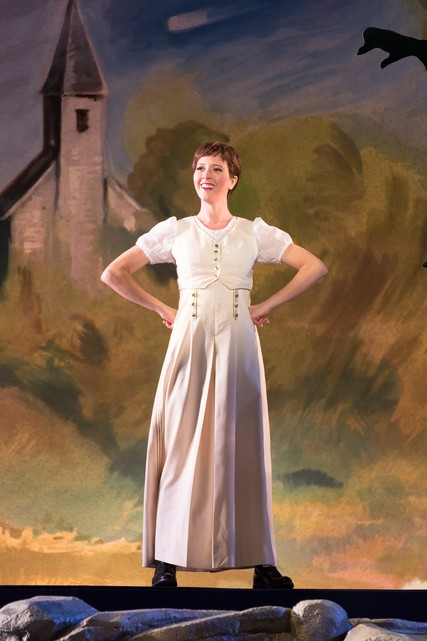 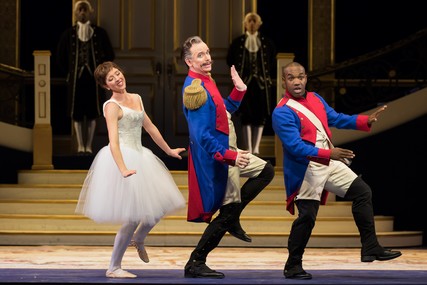 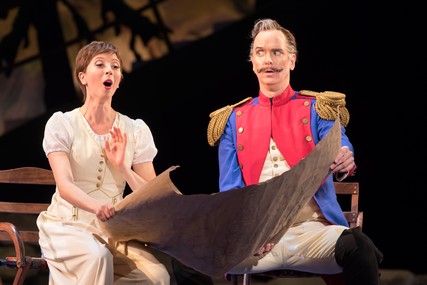 4 Questions with The Daughter of the Regiment’s Lisette Oropesa

Lisette Oropesa gave a simply dazzling performance as tomboy-turned-lady, Marie. From the graceful, ardent first notes (sung off stage) to the glorious finale on the shoulders of the regiment, she was seemingly born to play the part. Her garçon persona – carried off with irresistible spirit and aplomb – was belied by one of those effortlessly lovely female voices, quite thrilling at the higher register, soaring above the chorus and the other leads when needed. It was a consummate performance, sung with notable facility.

All the vocal performances impress, but none more so than Lisette Oropesa as Marie, the title character. Oropesa is in complete command throughout. Her coloratura is both delicate and precise, and equally as impressive, she makes the high notes demanded by the role seem easy. While it’s hard to point to any particular moment, her rendition of “Par le Rang”—one of the better known arias from this opera—was strikingly effortless and fluid. And her virtuosity is matched only by the joy she brings to the role with her acting and movement.

Oropesa, who dominated the recent WNO production of “The Marriage of Figaro” as Suzanna, does so again as the foundling Marie, displaying not only marvelous, trilling and thrilling singing chops, but also a gamine comedic touch that reminds one of silent-movie clowns. She’s athletic and not afraid of slapstick, and she even has to pretend to sing badly, always a neat trick for a superb singer.

Oropesa’s soaring and sensitive Soprano come to the fore immediately with the initial regimental song that exudes the character’s charismatic affection for the camaraderie of her fellow army “fathers”(Aria: Chacun le sait. Chacun le dit /” Everyone knows it, everyone says it”.) The joy that this character feels, while exhibiting her nationalistic pride, is pervasive throughout the opera.

Ms. Oropesa possesses a thrilling soprano voice of infinite variety and an ethereal purity of tone.

Lisette Oropesa (one of two Maries performing the role during the production’s run) is equally strong, handling the wide dramatic range of the character from the comic music lesson, to the starkly beautiful “Par le rang et l’opulence” when left alone in the chateau. This moment is heightened by subtle and sensitive lighting shifts in Mark McCullough’s design. Oropesa’s control in her upper register is particularly dazzling.

Oropesa does not have a big sound, but her limpid tone and elegant phrasing pay dividends. This is especially true in "Il faut partir," Marie's Act 1 aria of farewell to Tonio after learning that she must leave him and the regiment to follow her new-found aunt. (The opera is performed in the original French; Ginsburg said her lines in English.)

The soprano is a natural comic actress, too. She has particular fun in the second act, when Marie, pushed to hone high-society ways, makes a mess of singing and dancing lessons.

Lisette Oropesa, whose star shone brightly as Susanna in WNO’s season-opening production of Mozart’s “Marriage of Figaro,” outdoes even that fine performance in her star turn as Maria in WNO’s production. Bright, youthful and full of spunk, her tomboy attitude and her character’s essentially good nature combine to drive this opera’s lighter-than-air plot with loads of charm and—particularly in the second stanza—excellent comic acting and timing including a touch of slapstick and a few bars of intentionally bad singing.

Ms. Oropesa sings Maria with a bright, almost carefree lyrical approach, expertly shaping each line for effect but doing so in a natural way.

Despite it's highly visible ensemble of cheery papas, THE DAUGHTER OF THE REGIMENT is really a showcase for its two stars, Oropesa and Brownlee. The role of Marie is a coloratura soprano's dream and Oropesa makes the role look super fun and easy despite being the busiest presence onstage. Oropesa demonstrates impressive vocal control and agility. Possessed of a bright smile and prolific comedic talent, she is the highlight of the opera.

The role of Marie was sung by Baton Rouge soprano Lisette Oropesa on opening night, and she was perfect in this role so closely associated with Beverly Sills and Dame Joan Sutherland. She sang flawless runs and coloratura, acted in the humorous tradition of Carol Burnett, moved like a prima ballerina, and used vocal coloring for best emotional effect. Her pianissimo, crescendo and decrescendo were breathtaking. Clearly, Oropesa is a rising star of opera.

First there are the leads. Grabbing every scene by the short and curlies is an insuppressible Lisette Oropesa, singing her Marie with technical fabulousness and beautifully-toned buoyancy. If she veers a tad close to the chronically-cheerful tradition of Julie Andrews, she offsets it with some great physical comedy.

Oropesa’s second act aria Par le rang et par l’opulence was one of the many high points of her performance. That aria, whose descending melodies seem to foreshadow later masterpieces of Giuseppe Verdi, the younger composer whom Donizetti mentored, was performed with exquisite sensibility and style.

Lisette has given 9 performances as Marie.