In creating this ebullient opera buffa, Rossini captured all the fiery spirit of the comedy by Beaumarchais that inspired it. A native of Venice, birthplace of commedia dell’arte, Damiano Michieletto is highly sensitive to the burlesque vein in Rossini’s music. He transposes the action of this Useless Precaution to a modern-day Seville inspired by the cinema of Almodóvar. Bartolo’s monumental building, where Figaro’s free spirit whirls and twirls, allows this director to give free rein to his off‑beat imagination. 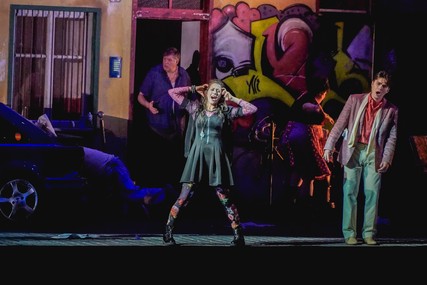 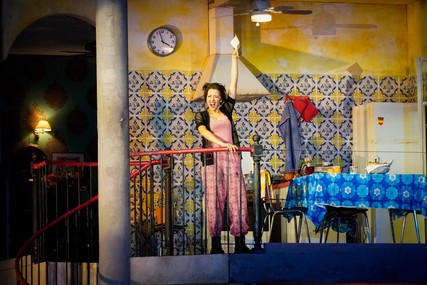 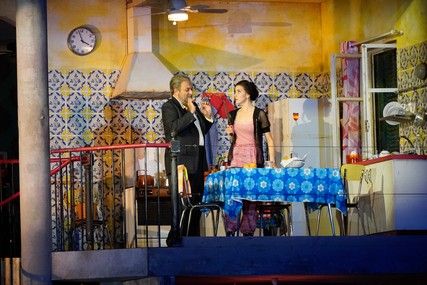 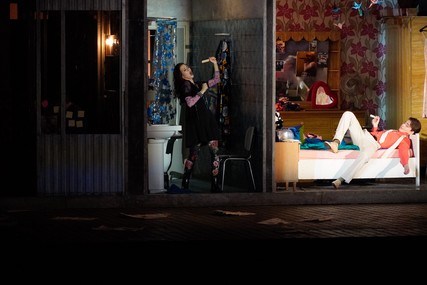 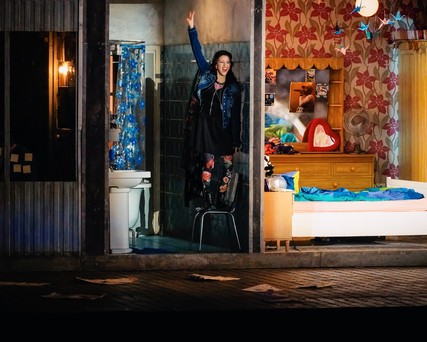 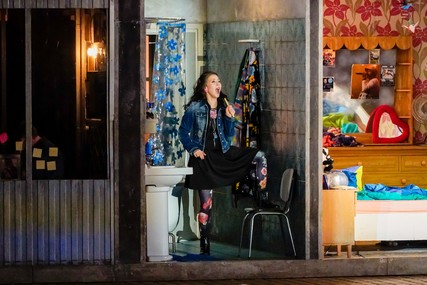 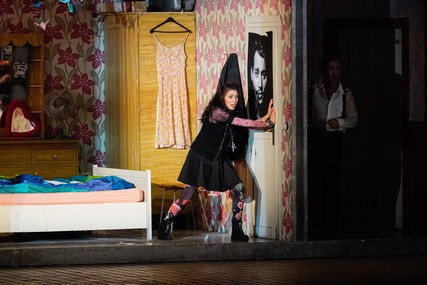 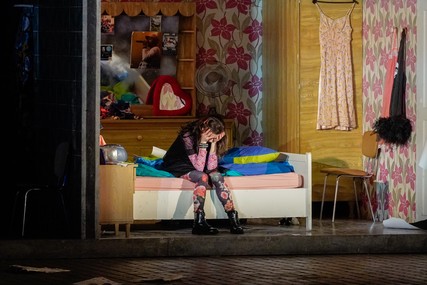 Lisette Oropesa on the cover of InRegister Magazine

Lisette Oropesa on the cover of InRegister Magazine for February 2020

Lisette is on the cover of Opéra Magazine for February 2020

Lisette Oropesa  finally returns and for the second time to Rosina, 17 years after her debut in the role (she posted a charming souvenir photograph of youth on social networks). The character here is even younger: a rebellious and sulky post-adolescent girl in Gothic attire. The American soprano embodies it with the plausibility of a teenage movie  and does not forget to channel this sparkling and luminous game in the voice. With its long breath, it passes in one sentence from a colored high to a deep bass, then goes up in agile and sensual vocalizations from the low guttural to the high, moiré or shimmering, explosive or intensely contained .

The Star of the Show
American lirico-leggera soprano Lisette Oropesa took on the role of Rosina. She is well-loved by the Parisian audience, as she has stepped into the role of Marguerite di Valois in “les Hugenots” on very short notice last season and then stepped in as well into “L’Elisir d’amore,” combining rehearsals for the Donizetti work while performing the Meyerbeer opera at the Bastille.

All the admiration she received on this particular night was well-deserved. Her timbre is dark, round, and completely even throughout her register. She tops off this combination with amazing, ringing high notes.

She surprisingly sang the famed aria “Una voce poco Fa” in the mezzo-soprano key ( the aria is published in two different keys, with the soprano version one semi-tone higher) delivering sonorous low B naturals and C sharps. Her coloratura technique is depurated and immaculate, as well as her staccato notes and all the high interpolated high notes; it must be said that she was very cautious with variations, maintaining most of the original written lines.

Her duet with Figaro was lively and cunning, again proving her amazing control of the middle voice. Her voice was quite present during the final concertante; choosing this time to sing Berta’s lines which are written for a soprano with two chromatic ascensions to high C; here her voice shined clearly over the rest of the cast, chorus, and orchestra.

She took on her second act aria “Contra un cor” in the soprano key which is one and a half semi tones higher than the mezzo key. Her voice was constantly tasked with high Cs, which she pulled off beauifully. The rest of the aria was a masterful display of vocal fireworks well-rewarded by the audience.

She kept her polished coloratura technique and sweet timbre for the trio with Figaro and Almaviva, and for the final scene, always adding subtle variation in order to preserve the integrity of the original melody.

Oropesa was the true success of the evening, and she received a well-deserved long ovation at the curtain call.

Lisette has given 6 performances as Rosina.