Act I
A lonely grove—Euridice’s grave. Nymphs and shepherds lament the death of Euridice, who was bitten by a snake (“Ah, se intorno a quest’urna funesta”). Left alone, Orfeo, Euridice’s husband, adds his voice to the rites (“Chiamo il mio ben così”). Only Echo replies. Orfeo vows to rescue Euridice from the underworld (“Numi! barbari numi”).

Amor, god of love, appears with word that Jove, pitying Orfeo, will allow him to descend into the land of the dead to retrieve Euridice. To make this trial more difficult, Orfeo must neither look at Euridice, nor explain why looking is forbidden. Otherwise he will lose her forever (“Gli sguardi trattieni”). Orfeo agrees and begins his voyage.

Act II
The Gate of Hades. Furies and ghosts try to deny Orfeo’s passage to the underworld (“Chi mai dell’Erebo”). His lament softens and placates them. He is eventually allowed to pass through to the Elysian Fields.

Elysium. Orfeo is moved by the beauty of the landscape (“Che puro ciel”). Heroes and heroines bring Euridice to him (“Torna, o bella, al tuo consorte”). Without looking at her, he takes her away.

Act III
A dark labyrinth. Orfeo leads Euridice toward the upper world, forbidden to look at her (“Vieni, segui i miei passi”). Orfeo can’t explain (“Vieni, appaga il tuo consorte!”). Euridice panics at the thought of a life without the love of Orfeo (“Che fiero momento”). In desperation he turns to her. She dies, again. Grief-stricken, Orfeo wonders how he can live without her (“Che farò senza Euridice?”). He decides to kill himself. Amor appears and stays Orfeo’s hand. In response to Orfeo’s deep love and devotion, Amor revives Euridice. The three return to Earth.

The Temple of Love. Orfeo, Euridice, Amor, the nymphs, and the shepherds all celebrate the power of love (“Trionfi Amore!”). 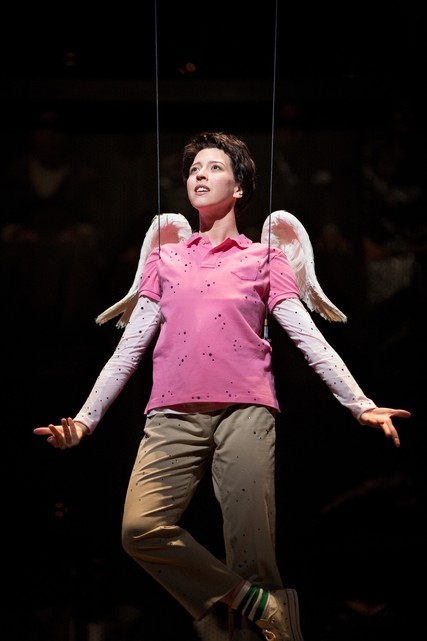 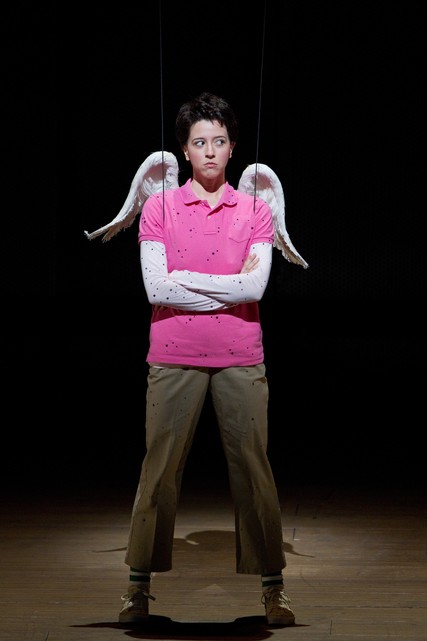 And Lisette Oropesa, also a soprano, was charming as the chirpy Amor, meeting the production’s demand that she sing dangling from wires high above the stage with aplomb.

Lisette Oropesa made a pleasing god of love, the voice pure and clear, filling the hall, the gestures a minimum of cute excess.

Lisette has given 5 performances as Amor.